What a year 2016 was! There were deaths of so many people who we’d come to know or admire over the years or who we came to know of after their deaths. There was Prince, Alan Thicke, Zsa Zsa Gabor, Muhammad Ali, George Michael, Janet Reno, Arnold Palmer, and then there was Alton Sterling and Philando Castile. The list is much more extensive. In some way, the news of the deaths touched us. The controversial deaths, of the last two mentioned, troubled our core and shed more light on an epidemic of the abuse of power of those in authority. I’d like to turn your attention to yet another systemic problem that has claimed more lives than few: character assassination. 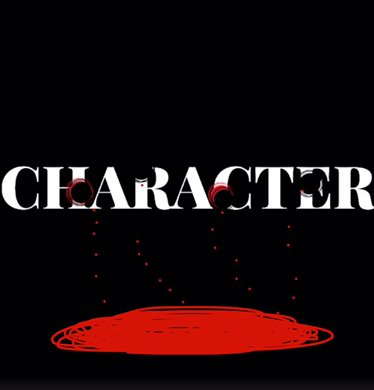 In the age where social media engagement is just as routine as laundering your clothes, we are privy to a host of people’s opinions: good, bad, or indifferent. I’ve observed some of the most hate-filled and inconsiderate expressions of many. Having differing opinions, from the topic of political preference to the topic of lifestyle, should not warrant the spewing of sentiments laced with venom.

I’ll refrain from naming any particular individual(s) because the issue stretches far beyond the contentious utterances of one person or a few people. Social media isn’t the only place where we witness these heinous accounts: we’ve been privy to them in our families, on our jobs, and EVEN in “the church”. I want to be very careful of finger pointing because I don’t want to be guilty of the very topic being addressed here. I think what’s important is that we individually govern our thoughts and understand that just because something is permissible to say, it may not be profitable.

Consider this: each word spoken is a seed that will take root and then grow into a plant you’ll have to eat the fruit of.

I don’t know about you, but I’m a picky eater!

Sometimes, when people attack the character of others it’s because they’ve either not discovered or not acknowledged the truth about themselves. We all have a flaw or two and being hasty to cast judgment isn’t advisable. At times I’m impatient, easily angered, or lazy. I know that about myself and I acknowledge it.  I’ve also been guilty of speaking ill of others. You know what they say: when you know better, you do better. We ALL have room for improvement and before you part your lips to attack the character of another, just remember that one day you’ll have to eat the fruit.

“Death and life are in the power of the tongue, And those who love it and indulge it will eat its fruit and bear the consequences of their words.” – Proverbs 18:21 (AMP)

Just Keep Going…It’ll All Work Out

Romans 8:28 (AMP)
And we know with great confidence that God, who is deeply concerned about us, causes all things to work together as a plan for good for those who love God, to those who are called according to His plan and purpose.